Of the 11 branded drugs in BPH/urinary disorder treatment, Harnal had the highest usage rate at 78%, followed by Flivas (75%) and Avolve (50%). For the rate of product awareness, the highest was Harnal and the second highest was Urief (Daiichi-Sankyo). (See graph below) As for future usage rate of main products that the respondents expect to increase, Avolve was specifically high, followed by Urief (Kissei), Urief (Daiichi-Sankyo), and Flivas. Also, 30% of the respondents have plans to start using a new product within the next six months. 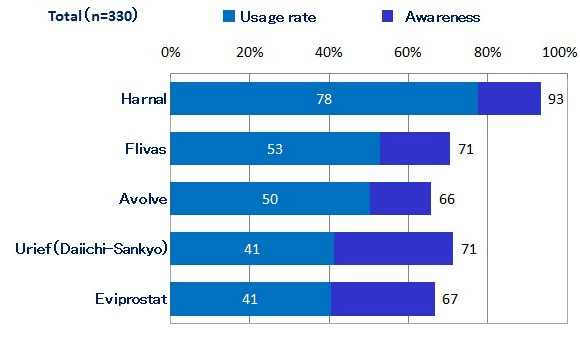