Of the 6 branded drugs in Alzheimer’s disease treatment, Aricept had the highest usage rate at 93%, followed by Memary (75%) and Yokukansan (66%). For the rate of product awareness, the top 3 drugs were the same order as the usage rate. (See graph below)
As for usage rate of main products that the respondents expect to increase in the future, except Aricept, all drugs were expected to increase; the highest drug was Memary, followed by Reminyl.
Also, 20% of the respondents have plans to start using a new product within the next six months. 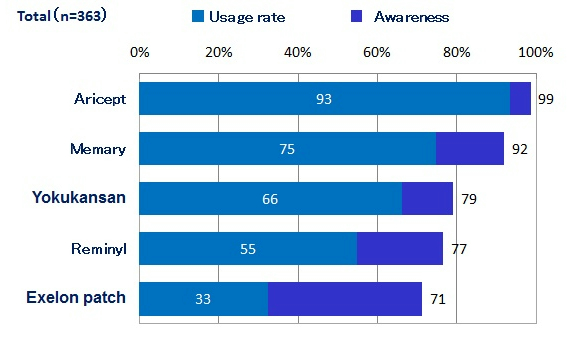